Matrix-Assisted Laser Desorption/Ionization (MALDI) is a soft ionization technique used in Mass Spectrometry to analyze larger molecules, which are either non-volatile or thermally unstable. This technique allows for identification and spatial distribution studies of biomolecules (e.g. DNA, proteins, peptides and sugars) and large synthetic organic molecules (e.g. polymers, dendrimers and other macromolecules).

MALDI is a unique technique allowing for desorption and ionization of entire molecules, unlike more conventional ionization techniques, which often lead to substantial fragmentation of the species of interest. Initially, the sample is mixed with a selected matrix, such α-cyano-4-hydroxycinnamic acid, and deposited on a target plate. This plate is bombarded by photons from a pulsed laser, resulting in the desorption and ionization of the matrix. Subsequently, the energy is transferred from the matrix to the sample molecules. This gentle energy transfer process leaves the sample molecules intact, but now in the gas phase, yielding protonated/ cationized or deprotonated/anionized molecular ions. 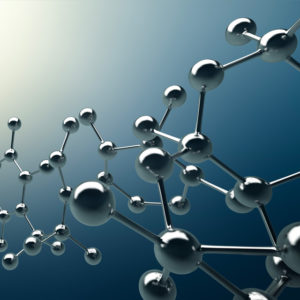 The ions are analyzed with a Time-of-Flight Mass Spectrometer (ToF MS). Using this technique, the mass of the ions is determined by separation of the ions in time according to their mass/charge (m/z) ratio. Scans of the whole mass range are taken in ToF MS to obtain a full mass spectrum. ToF MS enables one to determine the molecular masses of the ions with high accuracy. In most cases, obtaining the mass of a specific molecule is not sufficient for unique identification. A route to acquire this information is tandem mass spectrometry (MS/MS or ToF/ToF). First, a selected ion is isolated and subsequently fragmented. The parent ion and fragment ions are then separated in the second ToF mass spectrometer, yielding a pattern of fragments, forming a characteristic fingerprint of the molecule of interest.

Would you like to learn more about using MALDI?

Contact us today for your Matrix-Assisted Laser Desorption/Ionization (MALDI) needs at +1 800-366-3867 or please complete the form below to have an EAG expert contact you.