EAG offers a complete range of analyses for polymers, plastics and composites. These materials can be found in a wide variety of industries, including medical devices, sporting goods, toys, industrial products, construction materials, consumer goods and more.

We have extensive experience in plastic and polymer analysis and processing. Our polymer and plastic testing experts have investigated a wide range of polymeric materials, including: 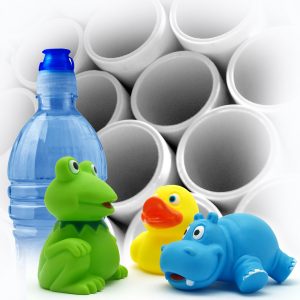 In our labs, we use analytical instrumentation such as FTIR, GC/MS, GPC, LC/MS, Optical Microscopy, NMR, SEM/EDS, mDSC, XPS, ToF-SIMS and Pyrolysis-GC/MS. Our experts have years of experience interpreting this data to investigate challenges such as:

Our polymer analysis and testing capabilities range from obtaining basic information to more detailed and structurally specific results. Depending on our clients’ needs, we can offer a strategic combination of physical and chemical testing to answer specific questions. Physical properties analyzed have included:

Services for testing plastics and polymer materials for chemical properties include:

Our client’s new heat seal adhesive was not providing a hermetic seal and released after only a few days. Faced with production line shut-down and delayed shipments, the customer called EAG. They suspected that the new adhesive’s formula, a polyurethane-acrylic hot melt adhesive, was the reason for the failure. Our expert chemists deformulated both the old formula and the new formula. The results showed significant differences in the molecular weight and molecular weight distribution, as well as the urethane-acrylic ratio. After concluding that these variations were the reason for the adhesion failure, we recommended a formula adjustment. The revised formula performed well, and the customer was able to resume operations.

The Sky is Falling

Would you like to learn more about Polymer and Plastic Testing?

Contact us today for your Polymer and Plastic Testing needs at +1 800-366-3867 or please complete the form below to have an EAG expert contact you.