The Art and Science of Paint Deformulation

Home » The Art and Science of Paint Deformulation

This is the dream, but in reality it is a very difficult task. The secret to any deformulation work is to be able to separate out components that then can be identified with the normal analytical techniques available to the chemist. Quantification of the ingredient can also be very difficult since some materials will not separate cleanly from the matrix.

A paint deformulation is especially difficult since it may contain 15 ingredients or more. Since there are several main ingredients, this means that many ingredients may be present at really low levels such as one percent or less.

Why would anyone want to do a paint deformulation? There are numerous reasons: 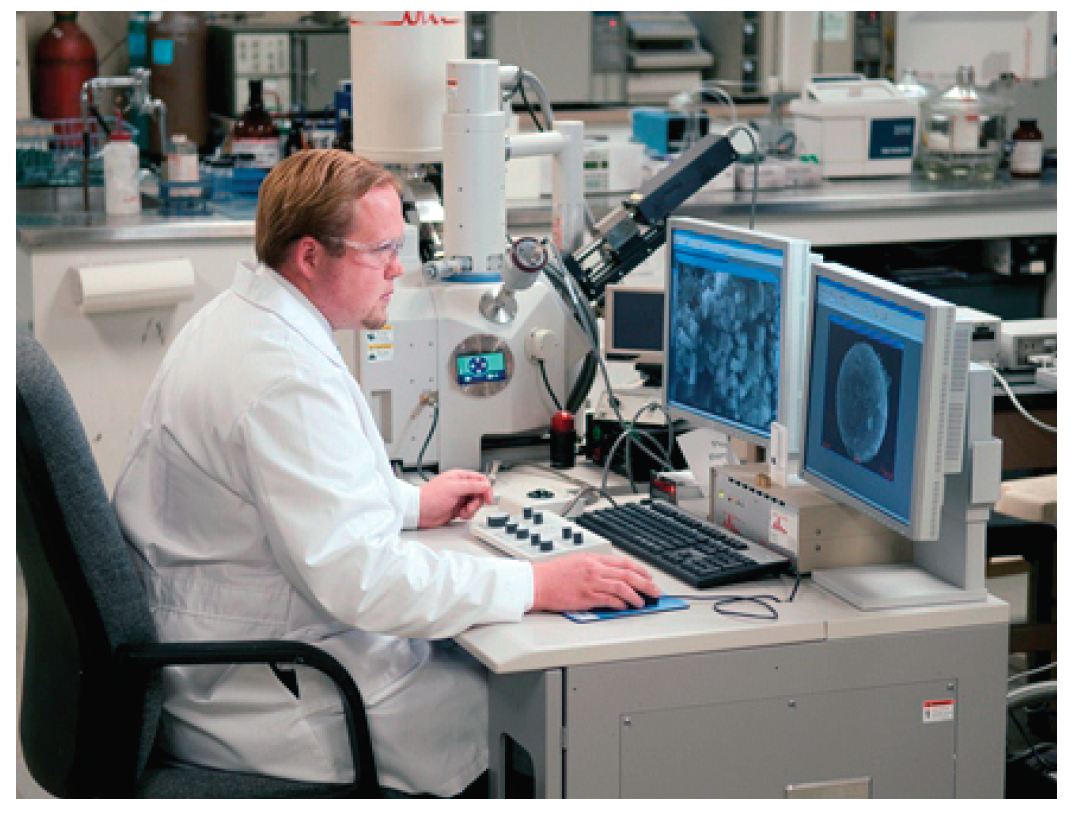 A paint formulation consists of essentially four basic components: resin, solvent, pigment, and additives. Several levels of details can be obtained depending upon how much time, effort, and money one wants to invest in the project. A first-level deformulation focuses on identifying and quantifying the major ingredients such as resin, solvents, and pigments. The additives are usually not addressed at this stage. A second-level investigation then attempts to add more details to the deformulation. These details might include more information about the type and quantity of additives. For example, surfactant type and thickening agent may be identified. A third level investigation attempts to find out all the additives and the “secret” ingredient that gives this formulation its unique properties. However, no matter how thorough the investigation is planned, it may not be possible to find every ingredient due to sensitivity and interferences in the analytical techniques. 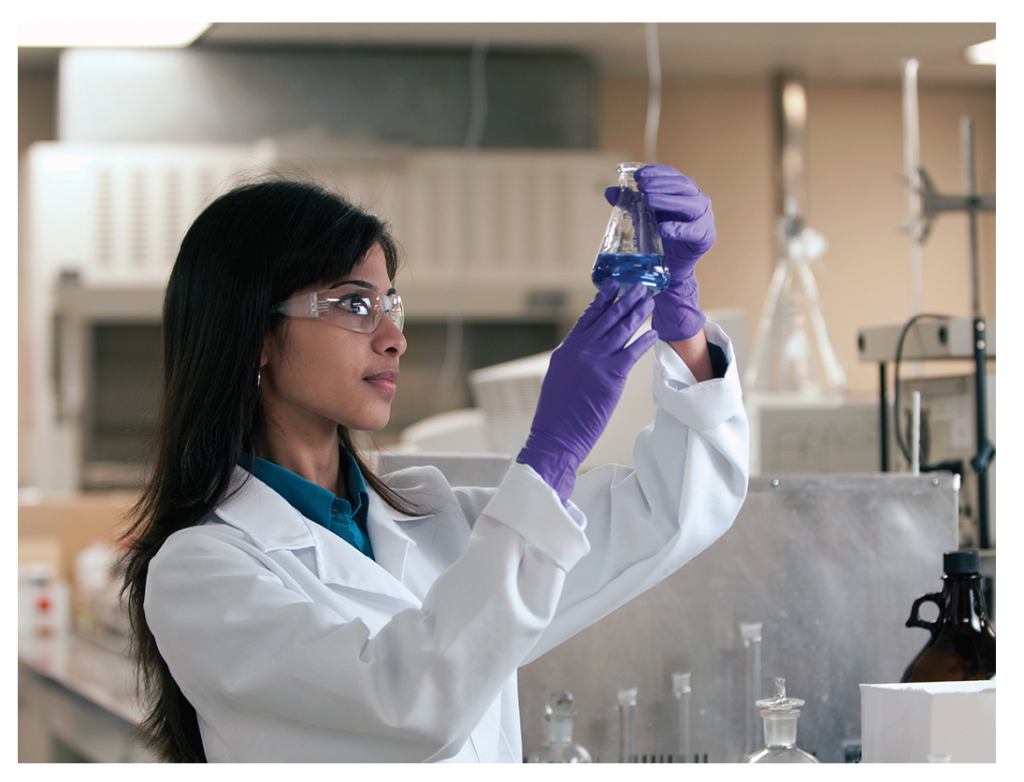 The dried paint sample can be analyzed using Fourier transform infrared spectroscopy (FTIR). This technique acts as a fingerprint for everything in the dried paint film. Essentially, everything in the formulation gives an FTIR spectrum that is then overlaid on the spectrum of everything in the dry paint film. However, since some ingredients, such as additives, are at very low levels, they essentially become invisible to the FTIR. Therefore, since only major ingredients in the dry paint film are visible, FTIR can determine the general class of polymer present and also gives a hint as to the pigment type.

The total dried paint sample can also be heated to decomposition using instrumentation such as a thermogravimetric analyzer (TGA) or ashing in a muffle furnace. Although this decomposition step removes all organic material, including the additives, it still can be a good approximation to how much resin is present and how much residue, such as pigment and inorganic fillers, are present.

The resin can be isolated quantitatively from the remainder of the formulation by drying a sample and then performing extractions with solvents that will remove and isolate the resin. A dried resin film can be analyzed by FTIR that will result in a spectrum of the resin, giving a better picture of the resin type used in the paint sample. Another technique to characterize the resin is pyrolysis gas chromatography/mass spectroscopy (pyro GC/MS). In this technique a sample of the resin is heated at about 700°C to decompose the material. The decomposition products are then separated in a GC and the components are identified by MS. For example, a typical acrylic resin might be a methyl methacrylate with some butyl acrylate and methacrylic acid added as comonomers. These monomers can be identified by pyro GC/ MS, and a rough approximation of their ratios can be determined. Solvents are usually separated, identified, and quantified against an internal standard by GC/MS. A better estimate of their percentages can be made by making and running individual standards and using GC with a flame ionization detector (FID) to quantify the solvents. If water is part of the solvent system, then other methods may be required, such as Karl Fisher titration or GC with thermal conductivity detector (TCD), to quantify the water content. Pigments can be identified using a combination of techniques. The ash residue can be studied by scanning electron microscopy/energy dispersive X-ray analysis (SEM/EDXA) to determine elements present. These initial data can then be verified with X-ray diffraction (XRD) to identify specific pigment or filler components. Other techniques, such as titrations or inductively coupled plasma (ICP), may still be required in order to quantify pigment or filler, especially when there is more than one present.

Typical additives in paint include a rheological modifier (thickening agent), surfactant, dispersant, antifoam agent, antifreeze compound, and mildewcide. Additives are much more difficult to identify and quantify since they are usually present in such low quantities (less than one to five percent) and frequently have an affinity for the matrix. Solvent extraction is one method for separating additives, but this method can sometimes be unsuccessful in separating similar materials such as two types of surfactants. Other, more sophisticated methods include liquid chromatography/mass spectrometry (LC/MS). This instrument separates higher molecular weight materials, such as surfactants, and then attempts to identify them using their MS spectra. This method is very powerful in identifying unknown materials. Once the material has been identified using LC/MS, then high-performance liquid chromatography (HPLC) can be used to quantify the material.

It should be obvious that several analytical techniques are required in order to conduct a paint deformulation analysis. Running one simple test, such as FTIR, will not give one the level of information that is required. Deformulation is like working a picture puzzle. If only a few pieces are in place (i.e., a few tests), then one can get a rough idea of the total picture. However, as more tests are added, the picture becomes clearer. Eventually enough pieces are in place to satisfy the customer.

Would you like to learn more about The Art and Science of Paint Deformulation?

Contact us today for your Paint Deformulation needs at +1 800-366-3867 or please complete the form below to have an EAG expert contact you.